Columbus Capitals in '17 US Amateur Cup 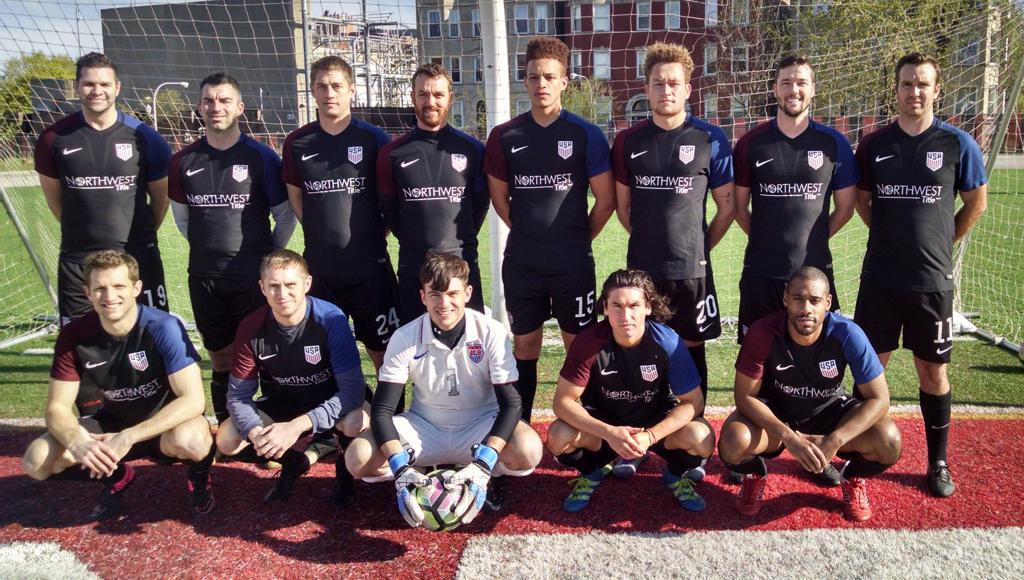 The Capitals FC from the Columbus Premier Soccer League traveled to Chicago on Saturday, April 21 to face RWB Adria in the first round of the 2017 USASA Open Cup.  It was a chilly but clear evening as the match was started on an artificial turf field.  The teams played fairly evenly with Adria having the better of it.  By halftime, Adria was up 2-0.  Capitals came out fighting and took the first minutes of the second half but began to tire.  Adria had more bench players who were subbed on with fresh legs.  The end result was 4-0.  We are proud of the showing by the Capitals F C under player/coach Daniel Albeit.  It was the best Amateur Cup performance by a SOASA entry against a strong regional team in many years.