The Southern Ohio Adult Soccer Association is pleased to announce the selection of Jeff Berman as 2015 Coach of the Year. Jeff has a long career as coach and manager beginning in 1980 as a Middle School Assistant Coach while still in high school. After a successful playing career at Beloit College, he returned to be an Assistant Coach at his high school for 4 years. At the same time he began to play in the Columbus Soccer League (now the Columbus Premier Soccer League). In 1993 he became Player/Coach of Columbus United. A year later he began his service as President of the CPSL. Now more than twentytwo years later, he remains at the helm of the league. The CPSL under his leadership has become consistently the strongest and largest league is SOASA. His team has won ten league championships, has always been in the top division, won two SOASA titles, and made two Midwest Region Tournament of Champion appearances (reaching the Men’s Open Semifinal once). The team’s average yearly record has been 12 wins, 4 losses, 2 draws. In 2014 he unofficially retired as a player for Columbus United with a “walk-off” goal at the age of 51. 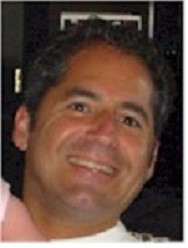